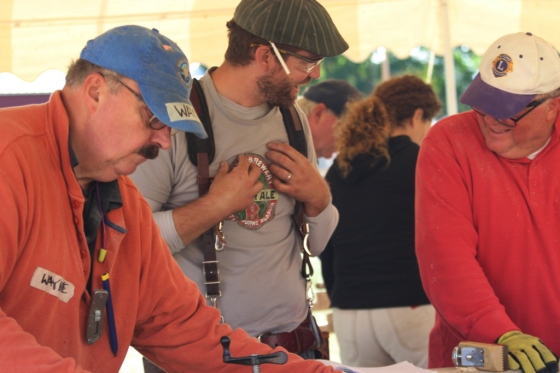 See a version of my story in the April/May 2015 issue of Mother Earth News Magazine:
http://www.motherearthnews.com/green-homes/construction-of-timber-frame-pavilion-zbwz1504zsor.aspx

Squinting against the bright September sky, project foreman Rick Collins surveyed the scene before him. Something extraordinary was about to happen to a small town in Michigan. “I would go so far as to say that it’s probably been well over one hundred years since anyone has built a structure this way,” he declared.  The 120-by-46-by-24 foot post-and-beam construction would take 70 timber framers and 29,000 board feet to build…plus about 3500 paper plates (recyclable). More specifically: carpenters and apprentices from 20 US states, Canada, France, England and Poland; white ash, oak, black locust, poplar, and cherry donated from local landowners; and paper plates full of homemade food prepared by 330 members of the local community. All that after two years of dreaming, planning, and the fundraising necessary for the vision to be realized: a pavilion where the farmer’s market, summer festivals, and special events of Vicksburg, Michigan, would have their home for the next few centuries.

Assuming certain minor details could be worked out.

“Did you pick this portapotty spot? …because if you did, I’m going to start doubting your management skills. I’m about to pick another one.” The very no-nonsense Alicia Spence didn’t wait for the local historical society hosts to answer, but delegated the relocation of the mobile relief stations without breaking stride. Spence, project manager extraordinaire of the Timber Framers Guild, knows what it takes to deliver a project of this magnitude efficiently. That’s why she’s in charge—the HMFWIC, as it were. For the uninitiated, that’s “head-mother-bleeper-whut’s-in-charge,” to quote the English-accented carpenter who put it that way. Laughter followed from his mostly-American colleagues in “Braceland,” the tent where the group was busy building braces. Apparently, the HMFWIC is a universally understood referent. 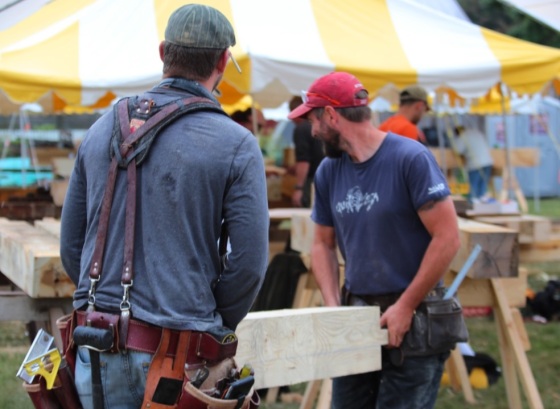 Indeed, the pace of progress over ten early fall days required vast quantities of leadership, skill, efficiency, and people. According to Collins, who owns Trillium Dell Timberworks out of Knoxville, Illinois, “you need about five thousand man hours to do a project like this. Based on the crew we’ve pulled together, that means every person has to be productive for ten hours a day on this site.”  Incredibly, that’s just what happened. “Although it’s not all been perfect, but I guess we don’t want to anger the gods,” said Kristina Powers Aubry, a host from the Vicksburg Historical Society. Co-host Bob Smith added good-naturedly, “Well, I’m more worried about angering the guys with the power tools.” 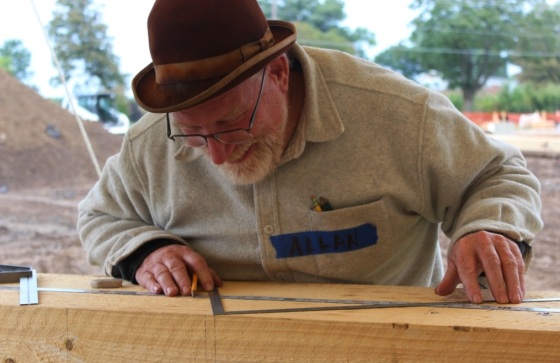 Made of Sturdy Stuff

This kind of work isn’t for the faint of heart. Every gritty, safety-goggled worker bent over a tool was putting his or her whole heart and soul into the endeavor. Richard Barnes, who owns a saw mill south of town, turned the logs to timbers, then he joined dozens of volunteers from the TFG and local community who put in long days on the construction. For many, it was their first timber framing experience. Some were getting a good dose of OJT from TFG instructors. Others were the kind of woodworkers who just might be using some of their grandfather’s tools as well as an iPhone FingerCAD app. It’s that reverence for old world ways combined with new age technology that is the hallmark of timber framing today. 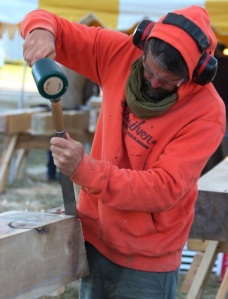 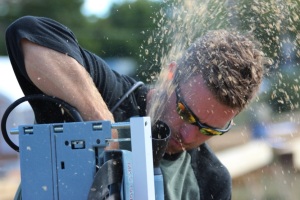 Spence says, “Timber framing is about rediscovering this age-old wisdom of constructing things with the raw material of wood alone…to bring the language of the past into the codes of the present. It used to be, ‘ok, I’ve got a snow load on this beam, how much will it take before it’ll break?’ Today, we take the tree species, the wind volume; we do a drawing in 3-D to apply stresses on a building, and then look at all the variables. The computer analysis figures it out. We can push the envelope of what’s possible.” 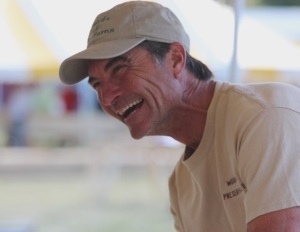 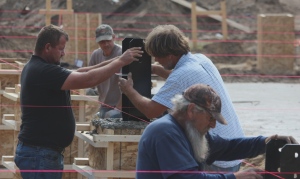 “We take the ancient art of timber framing and apply the science of technology. It’s a true gift of the computer world. Then you can build the whole thing without power, and we’ve done that.” Alicia hesitated just a moment, adding with a wry grin, “there are a few die-hards…the ’take an axe, get an ox,’ types; but me? I do love that mortise machine.” 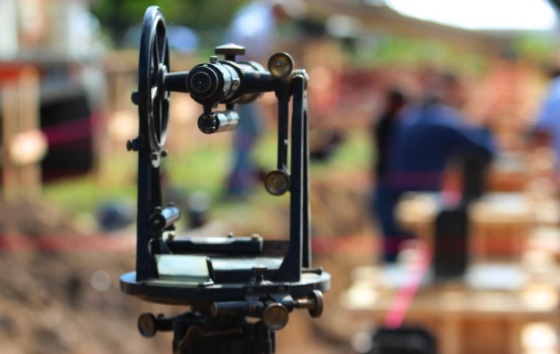 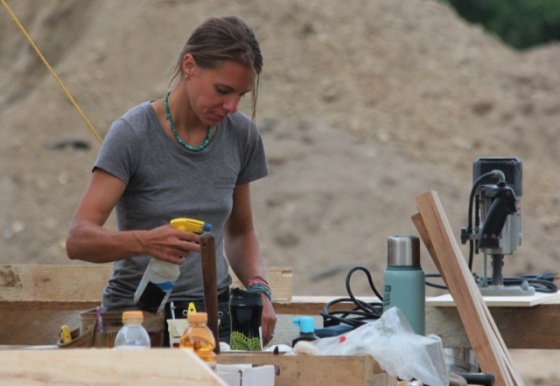 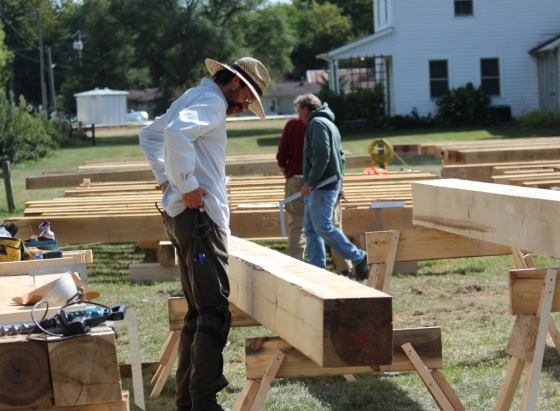 Free Room and Board

With so many workers coming from faraway places, the question of room and board had to be answered. A tent city was put up beside the community garden next to the worksite for anyone preferring a camping experience. Others were welcomed into homes around town. The Nazarene Church was available for showers. It was one of many churches that provided hot meals. So did organizations like the local garden club. Member Martha Stanley dubbed her peanut butter oatmeal chocolate chippers Lumberjack Cookies in honor of occasion. As the workers came through the line in the dining tent, she’d ask each one where they were from and visit with them. “They were so friendly and thankful for the food. That made me feel full,” Martha said. 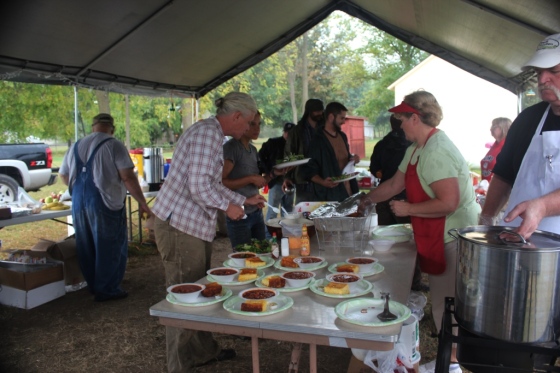 Members of the community and local businesses volunteered countless hours to ensure that three squares a day were ready for the crew. The Rise-N-Dine, Subway, Main Street Grill, Apple Knockers Ice Cream Parlor, Erbelli’s, and Jaspare’s Pizza all donated meals, complementing the homemade fare from local churches, groups, clubs, even designated neighborhoods. Karen Hammond of the Vicksburg Historical Society managed the herculean task of coordinating meal donations and the business end of things in the dining tent. Not a day went by that someone who hadn’t even signed up for food duty would drop by with something to keep the snack table stocked. Hammond says she loved every minute of it.

“The feeling you get from working together to pull something like this off is incredible. We could have just had it catered, or left cold cuts and bread on a table for sandwiches, but we wanted to put the extra effort in to show how much this means to us as a community,” she reflected. “The whole experience was something that might have been typical in my grandparent’s time, but for us it was really something exceptional. We made new friends, and got closer to the ones we already had.”

Connecting the Past and the Present

Before dawn, the smells of a morning campfire and fresh sawn wood from the cut-post tent hang in the air. There’s something time-capsuling about the scent—how it would have been the same for workers 500 years ago. It’s an olfactory trigger to timber framing’s visceral connection of the past and present. “You look at an old woodcut from the Renaissance period showing all the work stations and processes involved in putting up a cathedral maybe 900 years ago—every aspect of the trade; we’ve got that same thing happening here today,” says Rick Collins. “Everything is happening right here. You could call me a ‘localvore’. I like seeing local people and resources doing local construction. That’s sustainability. It’s the closest connection we have to our past. We lost that through industrialization…we need to regain it.” 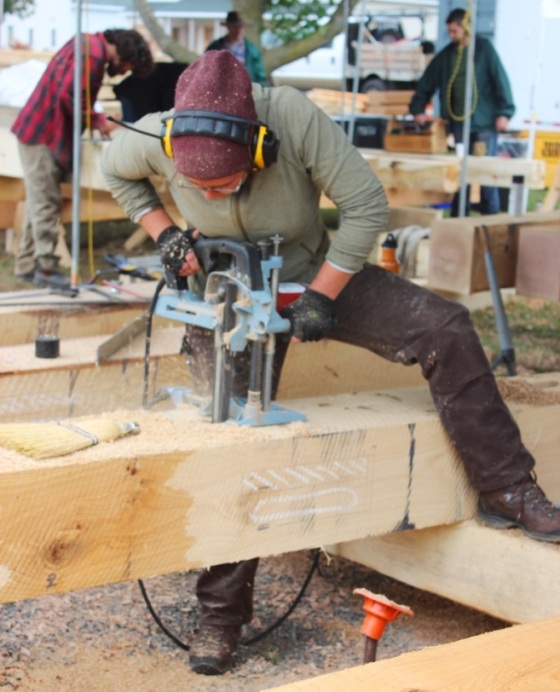 When the Timber Framers Guild does projects like the Vicksburg Pavilion, it proves that people can harvest their own wood, use local labor, and make something that the whole community can be a part of, says Collins, “I believe we should be doing more of that.”

Sue Moore, the local Vicksburg maven who worked behind the scenes on every aspect of this project’s development and execution, agrees this “has brought the community together in a shared experience that emphasized giving toward a greater cause without hesitation, and the pride in having achieved something lasting.” 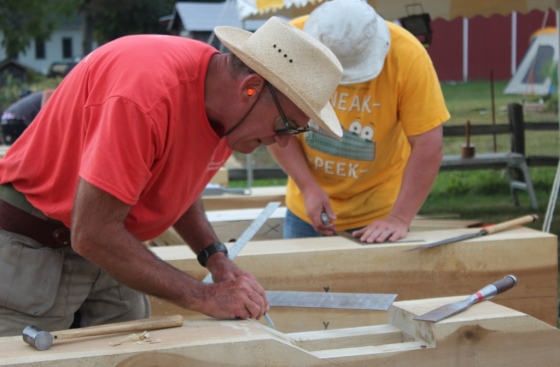 The real “joinery” of the Vicksburg Pavilion is about the community coming together. It’s a community that includes people who might have come from somewhere else in the world. Kristina Powers Aubry put it this way, “We’ve met artists, poets, philosophers, and kings, white collars, blue collars, and no collars from all over the world here in our little corner of it.” Alicia Spence agrees. It’s not just the wood work, but what happens when all those woodworkers meet in the dining tent at the end of the day. They’re all there to share the workload as well as the blueberry pie. “I would say the community service element is really what makes this a matter of the heart. There’s a lot of ways to build something. You could put a pole building up—it’s faster and cheaper. But with a project like this, there’s an old-fashioned barn-raising feel to it. It joins us together in a way that’s so absent in American culture. It really brings out the best in people,” Spence explains. “We’re not just building buildings…we’re building community.” 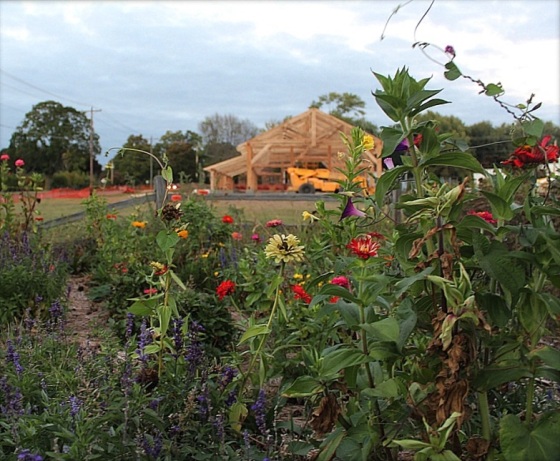