If you look carefully, you can see the sun skipped eleven times towards us… and Kit played a lullaby on her uke til the sky came down.

The sacred harp is your voice.

When there were no instruments or skilled vocalists or ready musicians
to accompany our voices in songs of praise, which happened often enough
in poor, rural places in the early days of America, music was created simply
with voices varied in pitch and harmony.

So it happened that my friends Paul and Laura invited me to join them for a weekend in the Bethlehem Valley–one of my favorite off-the-grid places near the Missouri River during the FASOLA singing this spring. The event is held annually at St. John’s, a tiny white-steepled cupcake of an old church on a tall-treed, slat-fenced curve of Missouri Highway 94. “You’ve got to see this, you’re going to love it . . . bring your camera,” Laura enticed.  I never need much of an excuse, in fact, I usually invite myself to the vineyard where they live in a perfect valley between hillsides bunched with Cynthiana grapes.  My car rockets around the hills and I leave the world behind me.

This time, the FASOLA singers transported me further still.

FASOLA (fa…so…la) is also known as Shape Note singing.  ” This is a very old method of sight-reading music for those who don’t understand how to read music. The relation of pitches to each other is found by using the scale fa sol la fa sol la mi (shapes are shown above in the page header) which is similar to the one we are all familiar with from the film, The Sound of Music, do re me fa sol la ti, except that the first three notes, “do re me” are replaced with “fa sol la” and the ti with mi. Although there are some secular songs written in the shape note style, mostly all the songs are hymns.  A singer does not need to adhere to any religion to sing these hymns, though it can be more moving for a singer if the words have meaning for them.” (I ganked this explanation from http://fasolamichigan.org/) 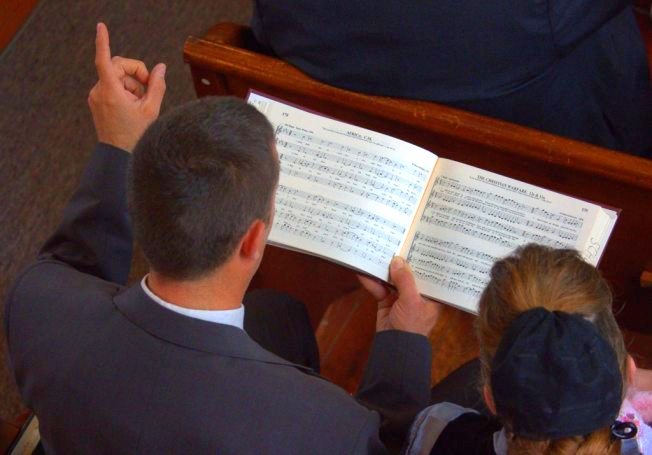 The Shape-Note singers all mark time with their fingers or hands metronoming not side-to-side but up and down, up and down.  And they sing LOUD. There’s a sign-up sheet in the back where you can volunteer to lead the next song . . . because everyone can do this, remember?  By “everyone” I don’t mean Paul, Laura or me, of course. We declined several vigorous attempts to recruit us into the direct vocal experience.  Paul and I just smiled and did that thing people with cameras do—we acted like we were on some sort of important commission from the Pope or National Geographic and fidgeted with the equipment.  In fact, we moved straightaway up to the balcony where the best angles were waiting. I really don’t know how Laura escaped the limelight.  She just did her level best to stay under their radar in the back pew, projecting her inner Goody Moeller.  I smiled down on her from on high–Paul chose wisely with this girl.  I’ve been vetting the candidates since his bachelor days.  I would know.

FASOLA enthusiasts at this conference included some people who seemed to, ummm, not get out much….for like these last 60 years or more they’ve mainly moved between the chicken coop and the kitchen.  I imagined the FASOLA sing-in as the highlight of their year, and I’d be very concerned about giving offense with this presupposition if I thought any of them had access to the internet and were likely to see my blog.  But I’m not even sure they’ve got access to electricity. They are not Mennonite (I asked) so the mystery of their early 20th Century look and strong German names remains unresolved . . . unknown and thoroughly, entirely delightful to me. 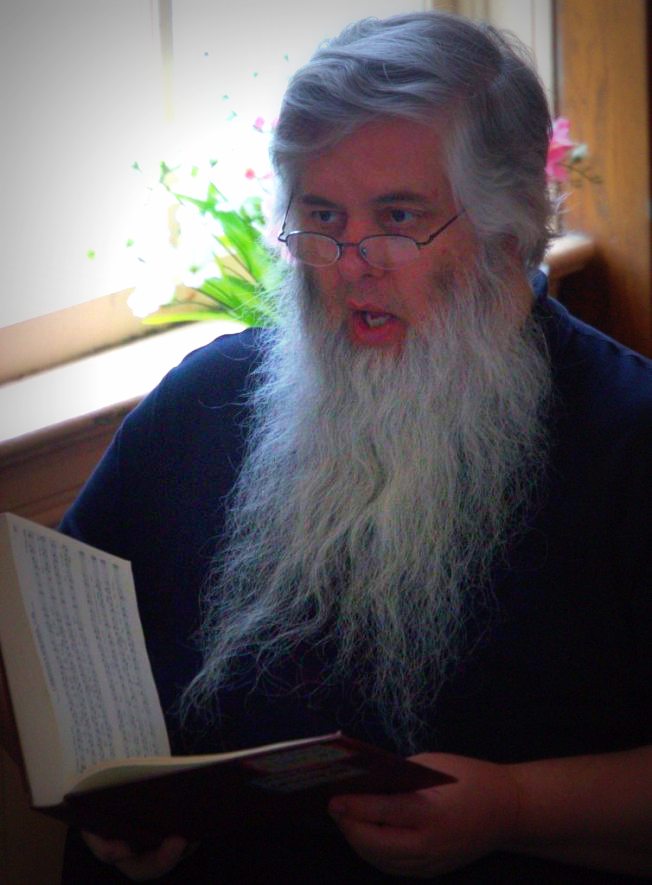 My friend Paul is a well-equipped, state-of-the-art professional photographer and artist, so my lensvy (the envy of another’s lenses) goes into hyper-drive when I’m at the studio he shares with Laura, who is also an artist.  They’re both incredibly talented, witty, beautiful and if I didn’t love them oceans of long-time, I’d probably hate them anew for every amazing thing they manage to be gifted at–did I mention they are also foodies as well as vintners?

Plus, Paul lets me use all of his equipment, his cameras and lenses–anything I want. He shows me ways to do things, gives me advice like “always turn around and see the shot you’re missing behind you.” He hands me a lens or filter like a scrub nurse—before I’ve asked for it because he knows what I need more than I do. And he’s a most willing mule carrying around all this stuff I don’t know the names for just to make me happy.

Paul has been profoundly good at our friendship for well over 25 years now. When he reads this he will mutter uncomfortably and make a smartass remark to Laura to cover his embarrassment (wait for it wait for it… yup).

Thank you for everything, Pauly-wog . . . for being there for me every single time.

Your calm voice is a sacred harp.