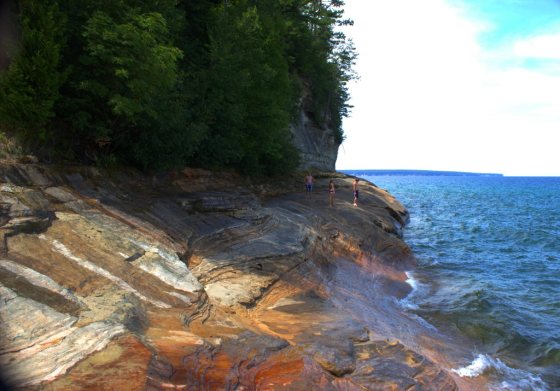 It is a Finnish word that cannot be translated directly into English, but we understand the concept of Sisu.  It means having the courage to do what must be done.  There’s nothing exclusively Finnish about that assignation, still I respect that they have a word for it . . . that this concept can even be reduced to a single word.

A lot of Fins, Franks, and Scots settled in Northern Michigan, up at the Sault (pronounced Soo) and points west across the Upper Peninsula (UP).  Plenty of them settled in the Lower Peninsula, below the Mackinac Bridge, where they mined and logged and bore sturdy children who had to grow up too fast.

Folks in the UP refer to anybody living below the bridge as a “troll.” I am not Finnish, I’m Scottish-American; but I am a troll, born and bred, and like most people from this rust-belted, snowblinding place, I am familiar with Sisu. 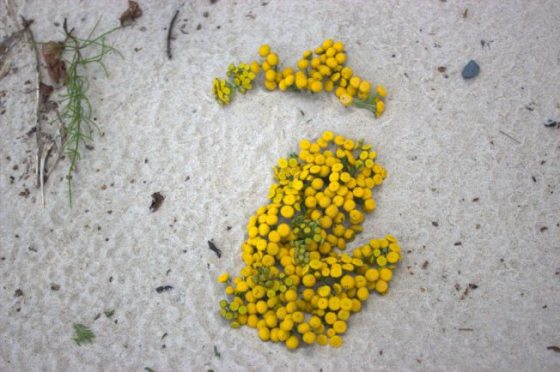 Michigan is shaped like a mitten, easily recognizable on the map of the United States. We natives just hold up our right hand to locate and navigate ourselves (and to annoy the non-natives). My great-grandfathers and uncles of that hardy era built the sand road around the tip of the Thumb of Michigan. They cleared a lot of the land up that way when they homesteaded. They were Clan Ross folk from Cromarty on the Black Isle, and the McGeachys from the Kintyre Peninsula of Scotland by way of Ontario, Canada.

For the record, McGeachy is pronounced McGathy—it’s a Gaelic thing. In my ancestry are names so Gaelic and vowel-less that I sometimes use them in an internet password because they already look encrypted.  At any rate, the family made it to Michigan before the Civil War, which was a long time ago, relative to U.S. history. As such, I can’t explain how—several generations later—my Grandpa Ross seemed to have a little bit of a Scottish brogue. He would say “wee” instead of “little” when describing a small thing. He must have picked it up from his grandparents, although he himself was born August 13, 1900, right there in a log cabin in Huron County that has been twice replaced by larger frame houses on the homestead. 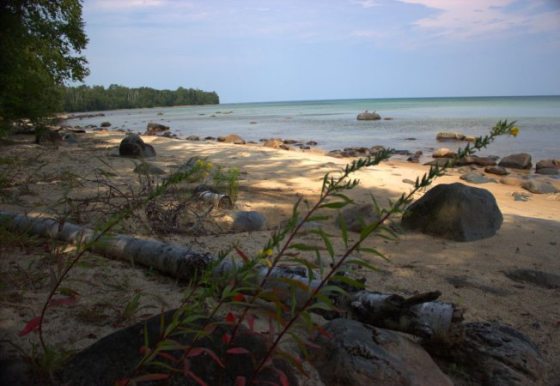 So my family has been in America a long, long time, some of them were here during Colonial times. One of my great-great grandfathers from Port Austin marched with William Tecumseh Sherman from Atlanta to the sea. He was wounded and limped badly ever after, walking with the help of an elaborately decorated cane, I’ve been told. I wonder what happened to that cane. I don’t have it, but I still have the story because I am the Seanachie of this generation.

The Seanachie is the person who keeps the family stories. I was set aside for this duty as a child by my paternal Grandfather Gillespie (also Scottish; he said our name derives from gillie, the Gaelic word for servant, and Spey, for the River Spey. I’ve no idea if this is actually true . . . there is no one alive to dispute it). When everybody was out playing lawn darts during family gatherings, I was seated in my grandpa’s study for the newest installment of family history. I was miserable about this back then, but am grateful to have this genealogy today. And I am constantly shocked by people who don’t even know their own mother’s maiden name. Geez, I can tell you the maiden name of my fifth great grandmother (on both sides of my family); and I know how her name became Anglicized to “Mustarde” but that’s another story. 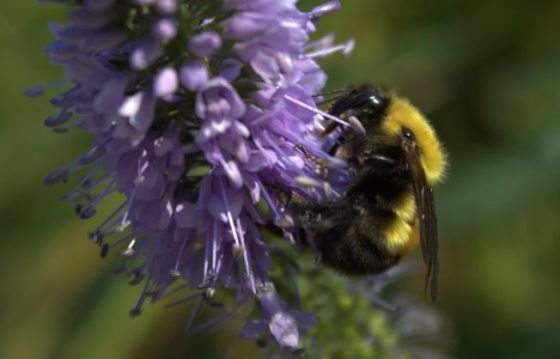 In the summertime, it’s very hard to imagine northern Michigan’s sugar-beeted, evergreened, pine-strawed landscape as the frozen white cerement it becomes shortly after Thanksgiving. That feels far away in the campfired, star-smothered nightscape of August . . . my toes circling acorn cups in sugar sand dimpled by the rain. It’s a forestful place.

Honestly, I love Michigan frozen or flowing in all seasons, although I’ll admit that early spring is endurable only for the promise of lilacs. My muse gestates and the Great Lakes are amniotic. I can feel the heartbeat of the stories I’m holding inside me. 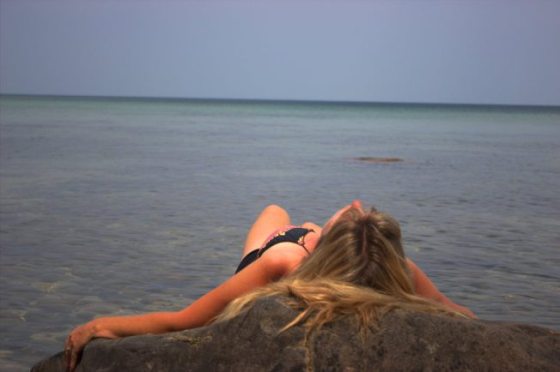 There is something so reassuring about the land here, and the water . . . the plentitude of flora and fauna. It’s good to feel life going on about its business, taking happiness and sadness in stride. There has been amplitude of both, but the sad stories still get told—the baby brother who went missing one bleak, frigid day of winter over 125 years ago—this is where that happened, to my family in this place.

I try to imagine my great grandmother, Catherine, who was just a girl then . . . her frantic siblings—all 11 of them searching—one no doubt had been in charge of this toddler. Their anxious father and desperate mother—my great, great grandmother—her name was Ladesna Ann Ross, nee Schell. She was actually German, not Scottish, and her father was killed by Indians at Schell’s Bush which later became Herkimer, New York. That was before the American Revolution. Some stories do not have a happy ending. This is how we learn Sisu. 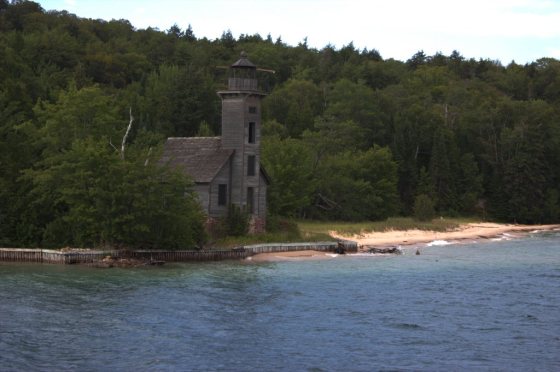 Today, the land that was my ancestors is still in the Ross family; at least some of it is, although my Rosses have a lot of other names now. But we’re all drawn to the old homestead under a sailcloth horizon that stretches over rows and rows of navy beans edged with rock piles and copses marking the end of one farm, and the beginning of another. These fields are older than most of the trees now. They square off in neat 40 acre parcels, quilting the spans, and then diffusing into the forest that grows right out to the Huron waterline if you let it. Of course, we never owned that land because “you can’t farm a beach.” 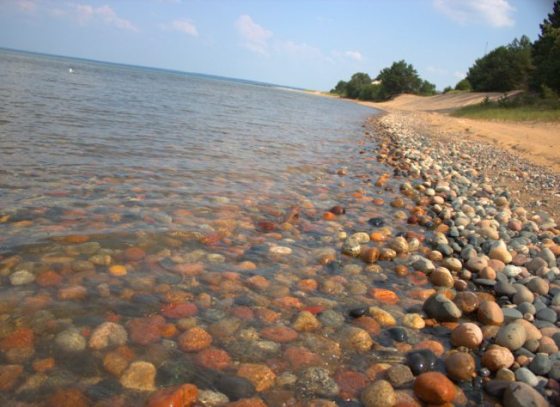 In all seasons, the seagulls coast the cotton-clouded skies from Port Austin to the Saginaw Bay, as they always have. Their ancestors no doubt saw the whole thing. Somewhere in one of the deep ditches along Etzler Road, little Donald McGeachy’s frozen body was found by Albert Hokkanen, the neighbor boy whose parents still spoke Finnish. An anguish that could not be born was added to the family lore. It was a very long time ago, but several generations later I still feel that story hanging in a low place of my heart like a cold fog.

Somehow life went on . . . glacial. Time pried the grief slowly from another day, a month, and then a year, and another. But a wee quiet thing with no voice at all like an unmatched sock . . . an empty swing or the wind in sotto voce  . . . he was lost and we couldn’t find him. Life would break apart again. 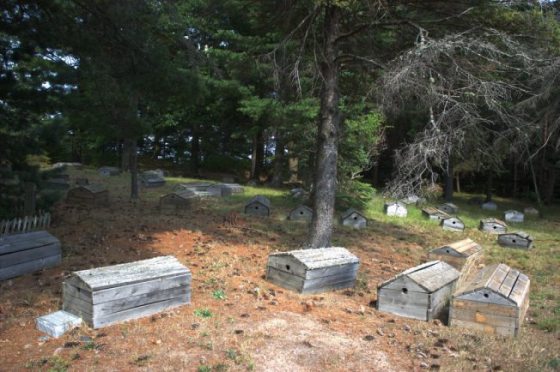 It broke and mended, broke and broke but mended because it had to . . . there was no choice. We do what must be done. Life goes on, says the wave to the shore . . . the sand to the rock. You carry the sad stories in your heart carefully like shards of glass. You hold up your right hand, bleeding but alive . . . now navigate. This is Sisu. 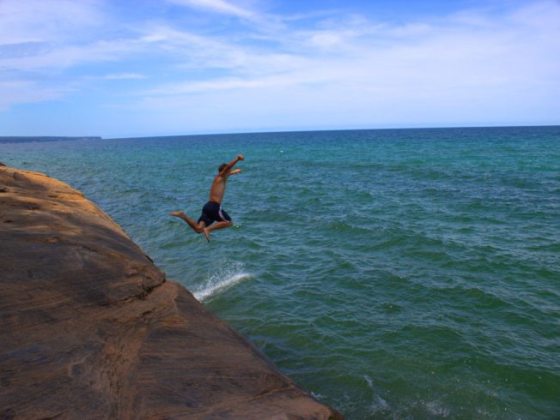 Except for the pic of me by my daughter, all © words & pictures by Leeanne Seaver 8/2012 Photos taken in the Upper Peninsula of Michigan